US has massive internet users of about 288 million therefore the e-commerce market seems to flourish in this region. A huge part of the population in the US, affluent and wellbeing population rely and prefer online shopping. The American market is big and developed which makes the e-commerce market very competitive. The consumers are used to engage in a wide array of goods and services. In the 2018 revenue reports, the sales from e-commerce reached a peak of $517.36 billion and is expected to surpass $740 billion by 2023.

There are multinational e-commerce websites which dominate the market but there are some small online retail shops as well which have managed their way and crossed many popular multinational websites and paved their way through the top 10 e-commerce sites. According to research, the following are the top 10 E-commerce in the United States as of January 2020:

Amazon, founded in 1994 was initially only an E-commerce sit for selling books till it expanded its store to music, tools, apparels and accessories, hardware, sporting goods, etc. It is an American multi technology company based its headquarters in Seattle and founded by Jeff Bezos. Amazon shoppers in US enjoy its vast portal and it is the largest store in the US although Amazon store is famous worldwide and has several stores across the world. The customers can avail the benefit on one day or two delivery as well if they are subscribed to Amazon Prime service. The site receives a monthly traffic of 2.012 billion visits. Amazon to attract its customers has various sales and offers which increases their purchases.

eBay has been in the market for about 20 years and achieved immense popularity. It has its headquarters based in San Jose, California and was founded by Pierre Omidayr in 1995. It stays true to its purpose and is one of a kind and largest online buying and selling shop in the market. By the way of auctions or buying from sellers who are verified consumers buy and sell products such as furniture, electronic appliances, cars, clothes, etc. The site offers free shipping and various other offers to attract its consumers. The monthly traffic of this site is 746.5 visits.

Walmart has been a household name in the US since the 60’s and since then has turned out to be the largest warehouse retail corporation in the world. It’s headquarters is situated in Bentonville, Arkansas and was founded by Sam Walton in the year 1962. This is one of the largest operating hypermarkets, department stores and grocery stores as well.  It has around 50 stores across US, Canada, Mexico and various other countries through its subsidiaries. It sells products at low prices as well to attract its consumers since it’s a warehouse online shop. Walmart has a wide range of products ranging from electronics, auto parts, pharmacy fashion and baby products including various kinds of sales. Walmart to attract its customers have credit card specially for its customers which would benefit them in their next purchase. The monthly estimated traffic of this site is 294.5 visits.

This classified online journal, founded in 1995 though covering matters relates to the States is the largest classified journal in the world. The headquarters of this journal is in San Francisco. It was founded by Craig Newmark. It covers matters of variety of sections including jobs, housing, items for sale, wanted items, services for sale, services wanted, gigs, resume, and discussions, where the interested consumers can either look to buy or sell. With having an extreme range of column of items being wanted and provided, the journal holds a mix of categories from news, electronics, adult services and credit lending. The online journal has a monthly visit up to 342.56 million.

Target, after Walmart is the second largest online retail and department store in the US.

Target has around 1800 operating stores. It as well as has a full range of various products and services which are available to the customers online and in store. It has the headquarters in Minneapolis, Minnesota, United States. The founders of this site are George Dayton and John Geisse. It’s market extends to various services such as home decoration, furnishing, groceries, hygiene products, etc. The online department store leads in the fashion and apparel, and home and gardening appliances field. Being a red customer card holder in this store, it allows its customers to have credit for future purposes since it entered the banking and financial sector. It has a monthly visit of 258.34 million.

Etsy is a marketplace in the States which majorly focuses on selling of vintage, factory manufactured and handmade products. It sells a variety of unique products varying from accessories, clothes, toys bathing and beauty products. It sells some great artwork as well.  Fashion is the largest collection in this online marketplace, and it is ranked 19th in the whole worldwide as a marketplace. The main office of this art workshop is in Brooklyn, New York. It was initially started at 2005 by Rob Kalin alongside his partners Chris Maguire and Ham Schoppik. This site has a monthly visit of 266.31 million.

Best Buy, going back to the 60’s comes along with a history and is a retail online store. It started off as being only a retail store in electronics. It has expanded its stores not just in the United States but has also extended it to Canada and Mexico. It has various products such as for baby, fitness products, travel, appliances, and more. They are still popularly known as an electronic retail store and the site ranks third worldwide in the computer electronics and technology e-commerce category. The site has an estimated monthly visit of 192.70 million. The headquarter is situated in Richfield, Minnesota in United States and founder is Richard M. Schulze.

Macy’s has been launched in the 90’s. from being just a fashion retail store, to becoming one of the global leading fashion store , Macy’s has come through a long way. It is ranked number one across the globe in the field of Fashion and apparel. They have a vast variety of products lines up from women’s, kids and men’s fashion wear. They also have home and decoration products as well. The online retail shop has also launched their own credit card to benefit their customers for future purchases since they have entered the financial sector as well. The site receives around 165.29 million monthly visits. The headquarters of this online store is in Cincinnati in Ohio and the founder named Rowland Hussey Macy.

This is the largest online retail home furnishing shop across United States, Canada and Mexico. It is known for the home supplies it provides different households across the region. It is he second largest e-commerce site in the world coming under home furnishing. It offers variety of furnishing items for home such as kitchen, bathroom, bedroom and living room appliances. It also has electronic appliances used at home and home services. This is one of the easiest and a go to convenient site for the residents in the States. The site receives a monthly visit of 147.15 million. The headquarters are situated in Atlanta in Georgia and founded by Bernard Marcus alongside his partners Arthur Blank and Pat Farah in the year 1978. There are 90 distribution centers which serve for about 2000 stores of Home Depot.

Wish founded in 2010 by Peter Szulczewski alongside partners Piotr Szulczewski and Danny Zhang. The headquarters of this online store is in San Francisco in California. It is an online mobile marketplace where people can sell their electronic appliances directly through this platform. The online retail shop has four sectors through which it functions – electronics, family, beauty and home decoration. Since its finding, the platform has just been increasing its customer number and its store and categories in sale which includes video games, consoles technology and several video games now. The company has assets worth $11.2 billion dollar. It has more than a million merchants and it has a facility of express shipping delivery within 5-6 days.  The monthly visits of this online platform is about 111.62 million.

Future Of e-Commerce in the United States

Indeed, the future of eCommerce in the United States seems to be very bright – there are consumers to buy the commodities the market has to supply, the people are financially capable to afford them as the living standards are quite high, the entire country is connected through one mode of transport or the another – in fact, the United States pretty much started the e-commerce revolution that we are witnessing today; most major e-commerce sites are based in the US. Hence, there certainly is space and scope for the growth of eCommerce platforms in the country.

Now a days, life without e-commerce seems to be impossible. E-commerce has become one of the daily activities in a day to day activity. E -commerce offers an ideal platform for digital platform and it improves the company’s global presence as well.  Most of the important work these days is done through the online platform. Shopping and selling of items have become so much simpler which could not be though of even 20 years back and now everything is available at our fingertips. This fingertip process is much simpler, faster and can be done in one step and at one go. Payment of items as well in the shopping sites have become much easier and they are easily available at the doorstep in no time.  The e-commerce is now accessible to customers all over the world there is no limitation in the geographical sector. It is more accessible in areas where things couldn’t have been imagined to be reached. The facilitation of goods from the supplier to the customer has not become easier.

Often it is said that buying products online is much cheaper which attracts customers. If we buy from an online retail store or online shopping, it makes operating cost cheaper. It makes the quality of service much cheaper, and therefore, these additional costs can be forgone. There are other ways also to attract customers therefore several online sites keep attractive discounts. These sites unlike physically going to a store are open for 24 hours and have a wider range of options to choose from. These items also have several reviews under them which can be read and carefully then chosen from and bought.  These provide an easier comparison to compare prices with several other brands. E-commerce has another huge benefit that it cuts down the labor cost majorly.

E-commerce has several disadvantages as well, therefore consumers are said to be in a safe space and have the appropriate browsers and virus software to prevent their device from corruption. One must be careful as to even paying online also since there are increase in the number of fraudulent transactions. The consumers must be very careful in providing details of their payment. It has another disadvantage that is it cuts the labor cost and hence people will not get employed. The employment scenario will be affected in the market since people would not get wages and it will affect their day to day life as their will be no source of income in their life. Anther disadvantage could be of delay in receiving the products. Though the purchases are cheaper here in online purchases but there are several hidden costs which the buyer is unaware of.

Experienced Digital Marketing Consultant & Growth Hacker with a demonstrated history in helping Companies to take to the Next Level in Search Engine and dominate in their Vertical. Contact Ajit Soren - ajit@growthgrasp.com

True Wealth Systems: Is The Melt Up Worth It?

Own A Tech Firm? Here’s How A Preventive Maintenance Plan Can Help You 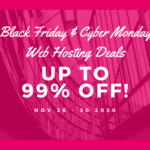 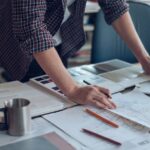 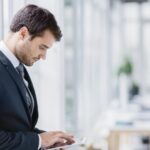 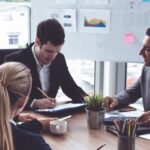 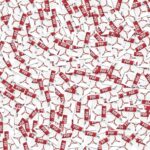 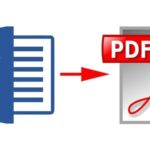 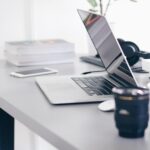